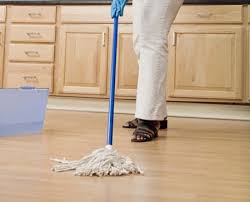 A Round Rock maid service is one of many great things about this area. Round Rock is a city just north of  Austin, Texas. It is known for its historic sites and outdoor activities. The actual Round Rock, a large stone in Brushy Creek, marks the site where pioneers in wagons made low-water crossings in the 19th century. Chisholm Trail Crossing Park that is also located in Round Rock, has plaques detailing the city’s cattle-driving history. Old Settlers Park includes baseball fields, playgrounds, a disc golf course and a fish-stocked lake. Make sure to throw the fish back there though, it is a catch and release lake.

In 2008 Money magazine named Round Rock as the seventh-best American small city in which to live. This is also another town that local Austin residents are fleeing to retire and pay lower property taxes. Round Rock was the only Texas city to make the Top 10 cities in the United States. In a CNN article dated from 2009, Round Rock was listed as the second-fastest-growing city in the country, with a population growth of 8.2% in the previous year.

Round Rock is perhaps best known as the relocated headquarters of Dell Technologies, which was originally founded in Austin, TX. Dell employs about 16,000 people at its Round Rock facilities. They have locations all over the world. The presence of Dell along with other major employers, a strong economic development program and favorable tax rates has this city booming. Also major retailers such as IKEA, a Premium Outlet Mall, and the mixed-use La Frontera center, have changed Round Rock from a sleepy bedroom community into its own self-contained city.

So stop spending all your time working and home cleaning. Call a Round Rock maid service to do that for you. Maidsway Cleaning Services is who you should call, or just book online and we can come right over so you can enjoy all the beauty of this city.

CLEANING SERVICES WE OFFER IN ROUND ROCK TEXAS